To share your memory on the wall of Herman Feil, sign in using one of the following options:

Herman was predeceased by his wife of 50 years Dorothy Neal Feil d. 2009 & daughter Patricia VanDerveer d. 2016. and is survived by his son Marc Feil (Thomas) of Hoboken, his Granddaughter Bonnie VanDerveer of Iselin, two great-grandchildren Patrica Howard (Christian) of Westfield & Shaun VanDerveer of Iselin; two great-great-granddaughters Emma & Kaley. Memorial donations can be made to DAV (Disabled American Veterans)Charitable Services Trust - 3725 Alexandria Pike Cold Spring, KY 41076 | 859-441-7300 cst.dav.org
ww.cst.dav.or
Relatives and friends are invited to call on Wednesday, February 19 from 3 to 5 p.m. at the Orender Family Home for Funerals, 2643 Old Bridge Rd, Manasquan. Condolences and memories can be made to
www.orenderfamilyhome.com
Read Less

Provide comfort for the family by sending flowers

We encourage you to share your most beloved memories of Herman here, so that the family and other loved ones can always see it. You can upload cherished photographs, or share your favorite stories, and can even comment on those shared by others.

Mark and Nancy Howard purchased flowers for the family of Herman Feil.

Posted Feb 18, 2020 at 09:51am
With our deepest sympathy. Wishing you peace to bring comfort, courage to face the days ahead and loving memories to forever hold in your hearts.

Flowers were purchased for the family of Herman Feil. 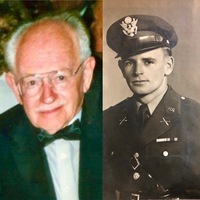