To share your memory on the wall of Karin Sclafani, sign in using one of the following options:

Learn the benefits of ordering with us

There may be a delay while processing. Please do not click the back button or refresh while a payment is processing.

Your donation has been processed successfully

Learn the benefits of ordering with us

At the age of 19 she traveled to visit a friend in Tripoli, Libya, where she met Dr. Salvatore Sclafani, a surgeon stationed at an air force base in Morocco. Dr. Sclafani had traveled to Libya to play baseball for his unit, and met Karin while enjoying a day at the beach. Two years later they were married and settled in Bay Ridge, Brooklyn where Salvatore set up a successful orthopedic practice. There they were blessed with three sons. The family later moved to Emerson Hill and eventually Todt Hill in Staten Island.

Besides being a loving wife and mother, Karin enjoyed socializing with her friends, playing bridge and tennis, and devoting her life to caring for animals, from her own pets to the stray cats that came to her doorstep.

After Dr. Sclafani’s retirement the couple spent winters in Jupiter, Florida and summers in Manasquan, NJ. They were parishioners at St. Ann’s Roman Catholic Church in Staten Island, St. Jude’s in Tequesta, Florida and St. Denis in Manasquan. They were also both members of Richmond County Country Club in Staten Island, Frenchmen’s Reserve Country Club in Jupiter and Spring Lake Golf Club.

Karin is survived by her husband of 60 years, Salvatore, her sister Rosmarie Bannagott, her sons Michael, Gregory and Steven, and her nine beloved grandchildren. Arrangements are under the care of Orender Family Home for Funerals, Manasquan, NJ. A private family service was held at St. Denis Church on Wednesday, June 24th. Donations in Karin’s memory may be made to the World Wildlife Fund (www.worldwildlife.org) or the ASPCA (www.aspca.org/donate).
Read Less

To send flowers to the family or plant a tree in memory of Karin Sclafani (Bannagott), please visit our Heartfelt Sympathies Store.

Provide comfort for the family with a meaningful gesture of sympathy.

Show you care by sending Flowers

Donations are being accepted for:
ASPCA World Wildlife Fund

We encourage you to share your most beloved memories of Karin here, so that the family and other loved ones can always see it. You can upload cherished photographs, or share your favorite stories, and can even comment on those shared by others.

Posted Jun 23, 2020 at 12:26pm
Aunt Karin
Your warmth and kindness always made me feel so welcome. Always so much fun to be around. Such a wonderful and loving wife, mother, sister, grandmother,and Aunt . My thoughts and prayers are with your entire family as we celebrate your wonderful life. 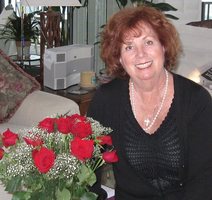