To share your memory on the wall of Susan Warnick, sign in using one of the following options:

There may be a delay while processing. Please do not click the back button or refresh while a payment is processing.

Your donation has been processed successfully

Sue spent summers in Lavallette, Maine, and Manasquan. Later in life she spent time in Florida and travelling abroad. Susie had a very active social calendar and would never miss an opportunity to see family and friends. She enjoyed golfing and exercising at the Spring Lake Pavillion.

A celebration mass will be held at St. Denis Church on Friday, September 18, 2020 at 10:30 am for close family and friends. The mass will be streamed on facebook following the link below. In lieu of flowers, memorial donations may be made to Juvenile Diabetes Research Foundation, Central Jersey Chapter, 740 Broad Street, Shrewsbury, NJ 07702, and to Sisters of Charity of Saint Elizabeth, Convent Station, NJ, 07961-0476. Arrangements are under the care of Orender Family Home for Funerals, Manasquan. To send condolences to the family please visit www.orenderfamilyhome.com.
Live Stream Link: https://www.facebook.com/ann.cypress.5/posts/1525332860979954.
Read Less

There are no events scheduled. You can still show your support by sending flowers directly to the family, or planting a memorial tree in memory of Susan Warnick (Farrell).
Plant a Tree

We encourage you to share your most beloved memories of Susan here, so that the family and other loved ones can always see it. You can upload cherished photographs, or share your favorite stories, and can even comment on those shared by others.

Posted Sep 22, 2020 at 01:16pm
"When we plant trees, We plant the seeds of peace and seeds of hope:" We hope these trees will bring comfort to the family.

Craig, Deb and the Warnick Family

Posted Sep 16, 2020 at 11:24am
Our thoughts and prayers are with your family. Sue Warnick will be in our hearts forever. 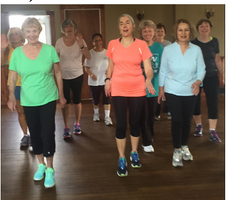